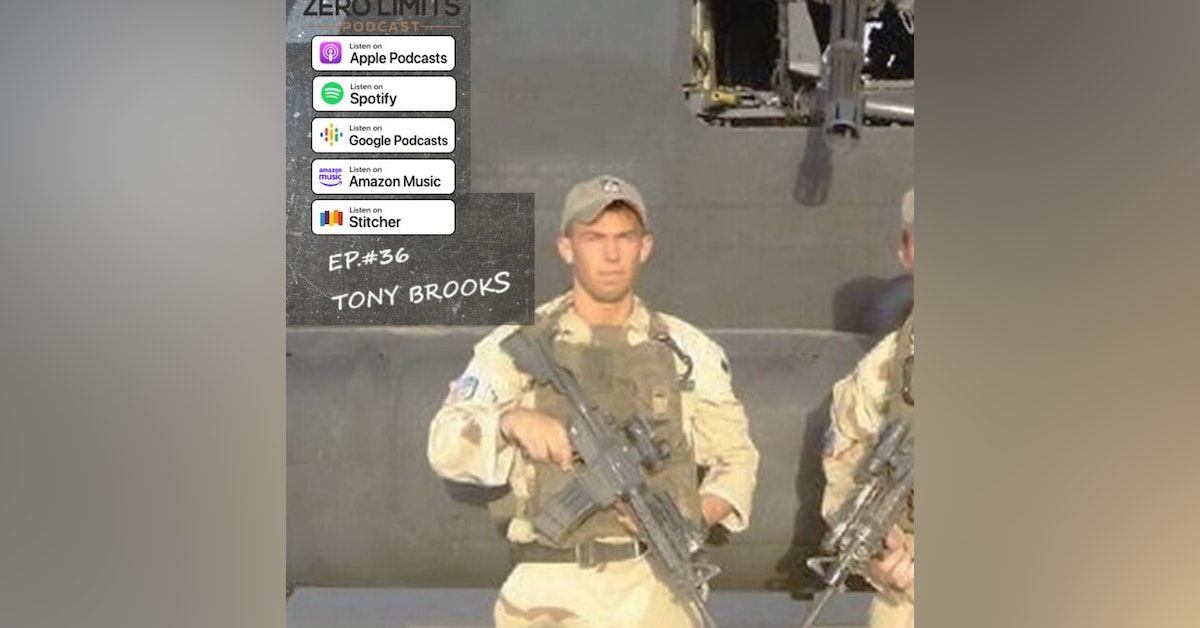 On todays Zero Limits Podcast we talk to Dr Tony Brooks former US Army Ranger with 2nd Ranger Battalion who fought in Afghanistan early in the war and in Ramadi, Iraq. On June 28, 2005, a four-man Navy SEAL reconnaissance team under Operation Red Wings was ambushed in northeastern Afghanistan. A quick reaction force was dispatched. Turbine 33, carrying eight Navy SEALs and eight members of the 160th Special Operations Aviation Regiment, was struck by a rocket-propelled grenade―careening the dual rotor Chinook toward the rugged peak of Sawtalo Sar.  The result was the single deadliest incident in Special Operations history at the time there were no survivors. The mission soon turned to the recovery of a Seal Team better knows as The Lone Survivor, Marcus Luttrell in the mountains of Afghanistan. Tony has written a first-hand account "Leave no man behind" of the daring recovery of Turbine 33 and the subsequent search for the remaining compromised Navy SEAL recon team. Let's GO!