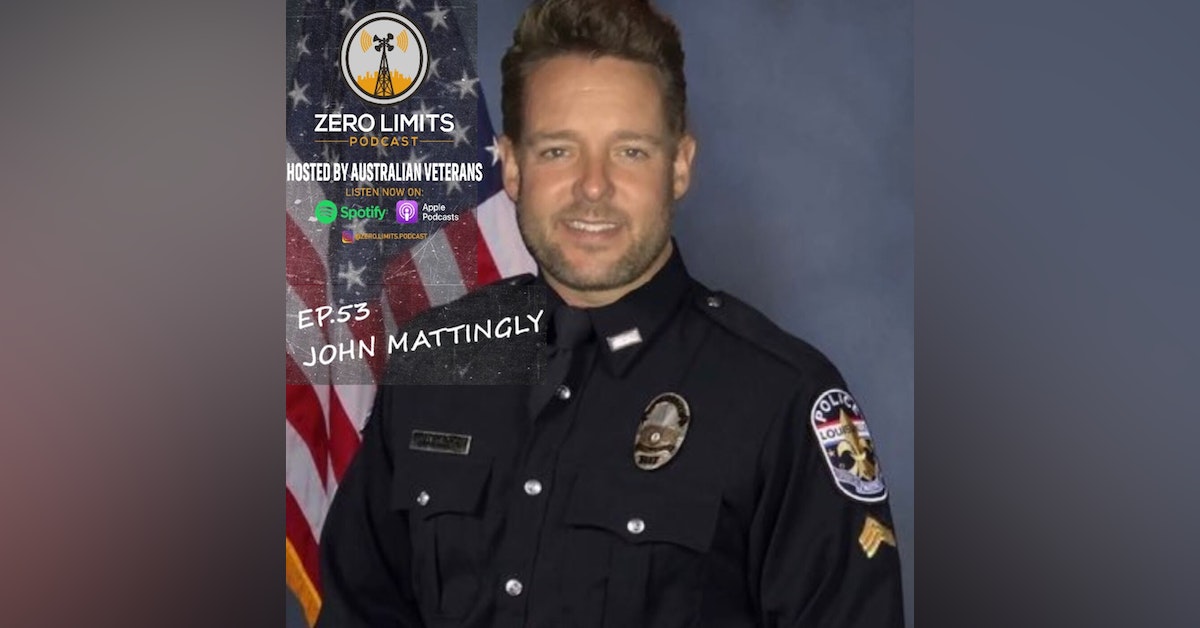 On today's Zero Limits Podcast we chat to Sgt. John Mattingly who is a retired 21-year veteran with the Louisville Metro Police Department in Kentucky.  Sgt. Mattingly spent most of his career in narcotics and violent crime unit. On March 13, 2021, Sgt. Mattingly was thrown into the national spotlight when he was shot while executing a search warrant at the residence of Breonna Taylor. Sgt. Jonathan Mattingly was one of several Louisville Metro officers involved in executing a late-night "no-knock" warrant on March 13, 2020. During the raid, Breonna Taylor was shot and killed by Police and SGT Mattingly also received a gunshot wound to the leg striking his femoral artery.

The national and worldwide exposure and protests that stemmed from that tragic evening were amplified by the death of George Floyd. The lack of transparency by the police department and city, allowed speculation and outright lies to be compounded by the media, social media, celebrities, and athletes.

The book, "12 Seconds In The Dark: A Police Officer’s Firsthand Account of the Breonna Taylor Raid," is Mattingly's telling of his 21-year police career, the night Taylor died and the fallout that followed. Let's Go!