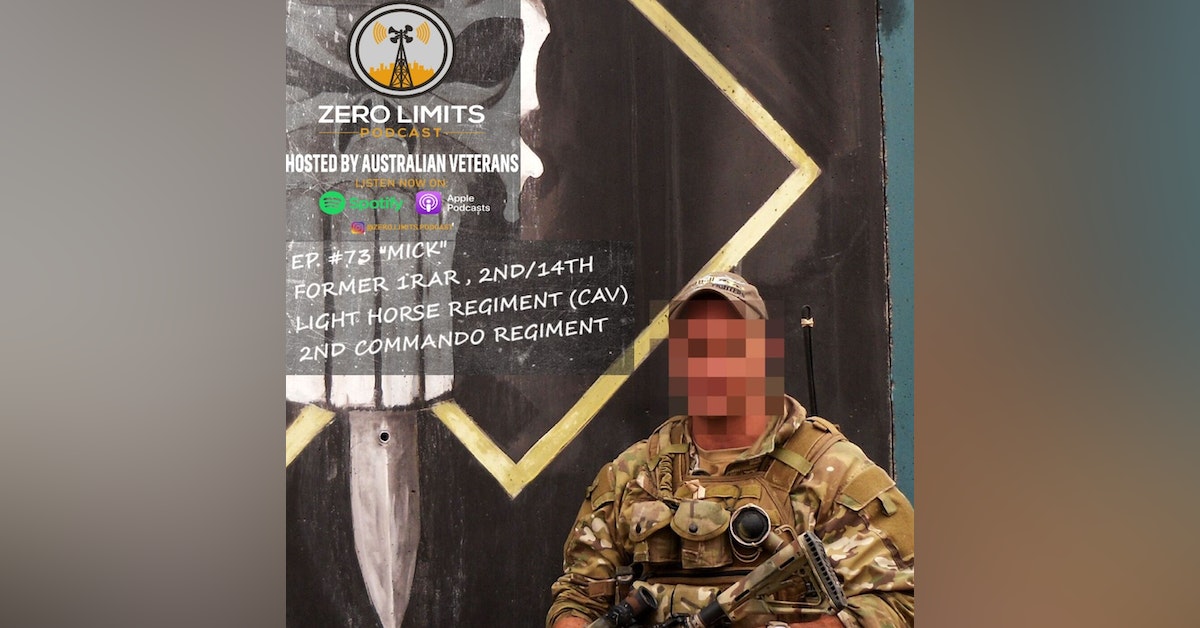 On today's episode I sit down for a face to face chat with "Mick" former 1RAR,  2nd/14th Light Horse Regiment and 2nd Commando Regiment Special Forces Operator. Growing up in central Queensland Mick did terribly at school which he ended up leaving in year 10and shortly after he joined the local Army Reserve unit in his area serving two years before applying to enter the fulltime army. Mick was posted to the 1st Battalion Royal Australian Regiment and deployed twice to East Timor, however on his second trip to Timor he was part of a recon patrol which in this patrol there were some notable soldiers that eventually would be killed in Afghanistan and in Fiji. Jason Brown SASR - Josh Porter SASR - Todd Langley 2CDO.

At the conclusion of his second Timor trip he transferred back to reserves to wind down. Soon getting the itch again to go back to fulltime he did a corps transfer to Royal Australian Armoured Corps posting to 2nd/4th Light Horse Regiment and getting a deployment to Afghanistan. Upon return to Australia Mick attempted SASR selection, however withdrew a few days in. The following year he attempted 2 Commando selection passing and completing the commando reinforcement cycle to earn the role as a special forces operator. The years to come he deployed to multiple highly kinetic Afghanistan combat trips and a deployment to Iraq also the Philippines. Listen in for his full story, Let's GO!