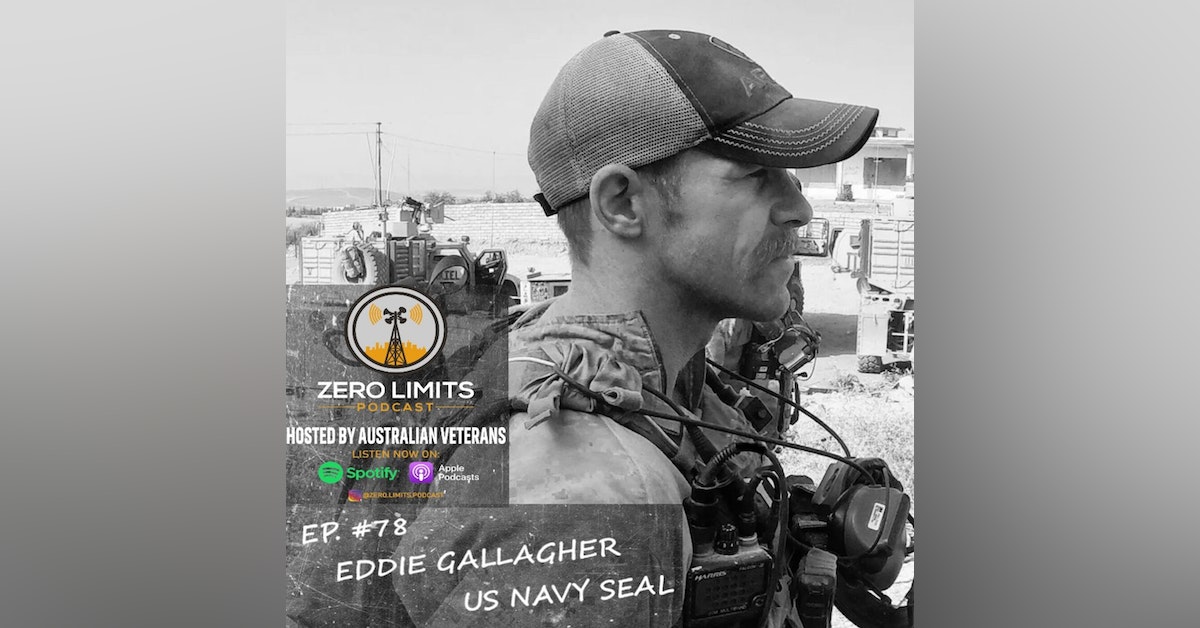 On today's podcast Matt chats with Eddie Gallagher a retired Navy SEAL that served for 20 years  served as a Navy Corpsman, Marine Scout Sniper and Navy SEAL  completing 8 deployments, including tours to both Afghanistan and Iraq.

On his last combat deployment to Iraq in 2017, Eddie led a platoon to successfully defeat ISIS in Mosul. For his performance and leadership, he was highly commended upon returning home. He was named the #1 Navy SEAL Chief, nominated for a Silver Star, and slated for promotion to Senior Chief. He was then awarded a coveted training billet for his ‘twilight tour’ as a SEAL, where in his last years in the SEAL teams he would bestow his experience and knowledge to future SEAL team members as they prepared to deploy.

Eddie who was acquitted after being accused of war crimes. He came to national attention in the United States after he was charged in September 11th 2018 with ten offenses under the Uniform Code of Military Justice. In the most prominently reported offense, he was accused of fatally stabbing an injured 17-year-old ISIS prisoner, photographing himself with the corpse, and sending the photo to friends.

On July 2, 2019, Gallagher was convicted of posing for a photograph with the corpse of an ISIS fighter, but was acquitted of all other charges after Special Operator Corey Scott, a member of Gallagher’s team granted immunity as a witness against Gallagher, testified that he had killed the prisoner