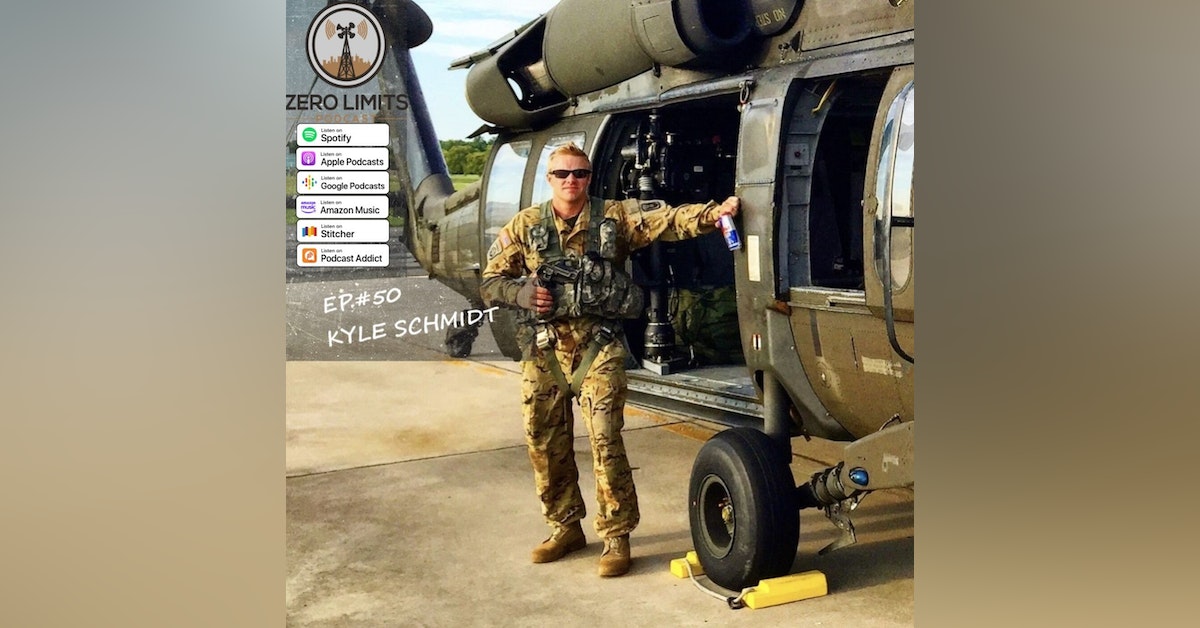 On Today's Zero Limits Podcast we have a chat with Kyle Schmidt former US Police Officer, Crew Chief and Door Gunner US Army Afghanistan Veteran. However after sustaining a injury whilst serving as a Police Officer, Kyle was prescribed oxycotine by a physician to assist with pain management however Kyle unknowingly grew an addiction to the drug. Once Identified his physician restricted the prescription which led to Kyle finding an alternate source due to the substance addiction. This alternate source was heroin. Whilst serving as a police officer Kyle was continually under the influence of both the legal and illegal substance. He then deployed to Afghanistan on 3 separate occasions with the US Military as a Helo Crew Chief and Door Gunner. During these deployments he would go cold turkey off the substances and once returning back to the US post deployment he would return to the substance abuse. This carried on for a couple years before he landed a job with the paramilitary branch of the CIA. He found himself back in Afghanistan as a contractor which subsequently led to him being charged with treason whilst in country. Listen in for the full story! Let's Go!