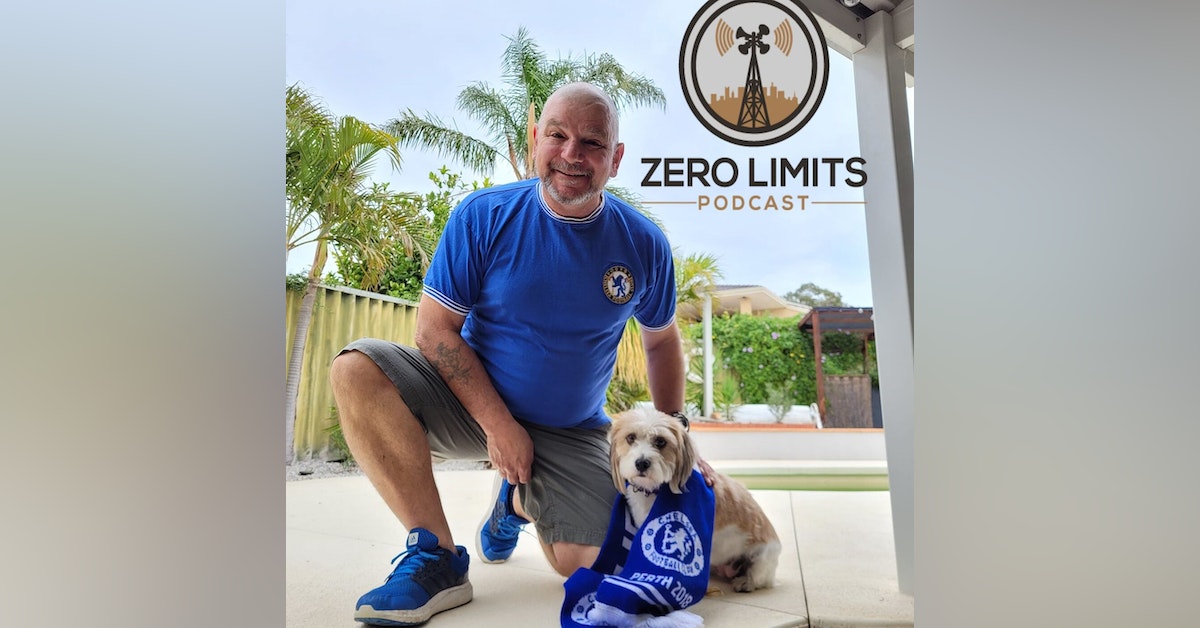 On today's Zero Limits Podcast we have a retired Royal Navy Sailor Giani "Codz" Codognotto. Better known as "Codz" by his fellow sailors, he served in both the Royal Navy and the Australian Navy.

During his Royal Navy service as a 17 year old, the ship he was posted on HMS Coventry at the time was on a training exercise which was diverted to the Falkland Islands.

On 25 May 1982, Coventry and Broadsword were ordered to take up position to the north-west of Falkland sound. There she would act as a decoy to draw Argentinian aircraft away from other ships at San Carlos Bay. Coventry used her 4.5-inch gun and small arms against the attacking aircraft. The port Oerlikon 20 mm cannon jammed, leaving the ship with only rifles and machine guns to defend herself. Coventry was struck by three bombs just above the water line on the port side. One of the bombs exploded beneath the computer room, destroying it and the nearby operations room, incapacitating almost all senior officers. The other entered the forward engine room, exploding beneath the junior ratings dining room where the first aid party was stationed, and the ship immediately began listing to port. The latter hit caused critical damage as it breached the bulkhead between the forward and aft engine rooms, exposing the largest open space in the ship to uncontrollable flooding. Given the design of the ship, with multiple watertight compartments, two hits virtually anywhere else might have been just survivable. The third bomb did not explode.

Within 20 minutes Coventry had been abandoned and had completely capsized. Coventry sank shortly after. Nineteen of her crew were killed and a further 30 injured.