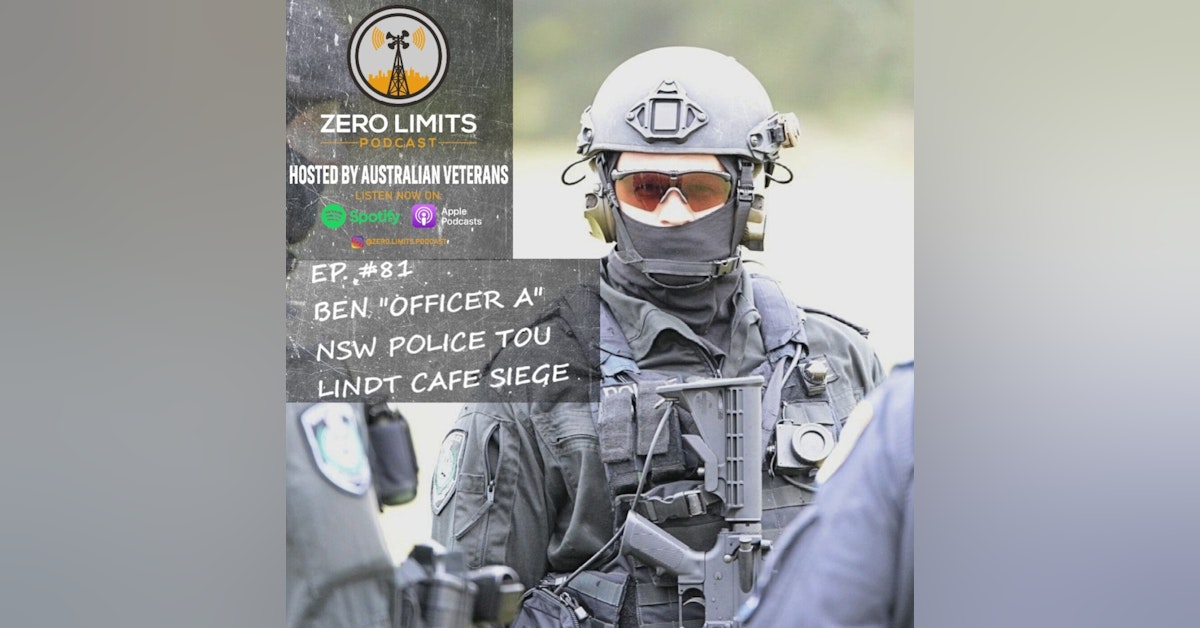 On today's episode I sit down with the NSW Police Tactical Operations Unit Officer Ben also known as "Officer A".  He was the TOU officer who killed the Lindt Cafe terrorist and he tells us about the moment he came face-to-face with the killer who terrorised Sydney and how he also expected to die also airing his frustration as senior police hesitated while a hostage was executed. Due to the multiple current suppression orders Ben's full name and identity to an extent is still kept anonymous.

Ben aka "Officer A" VA (Medal of Valor) was brought up in the Hawkesbury north-west of Sydney.  'Officer A' was in the New South Wales Police Force for nearly 20 years.

The Lindt Cafe siege was a terrorist attack that occurred on 15–16 December 2014 when a lone gunman, shit bag, held hostage ten customers and eight employees of a Lindt chocolate café in the APA Building in Martin Place, Sydney, Australia. Shitbag was armed with a pump shotgun and a 'backpack bomb' and held 18 hostages for 17 hours before police stormed in.