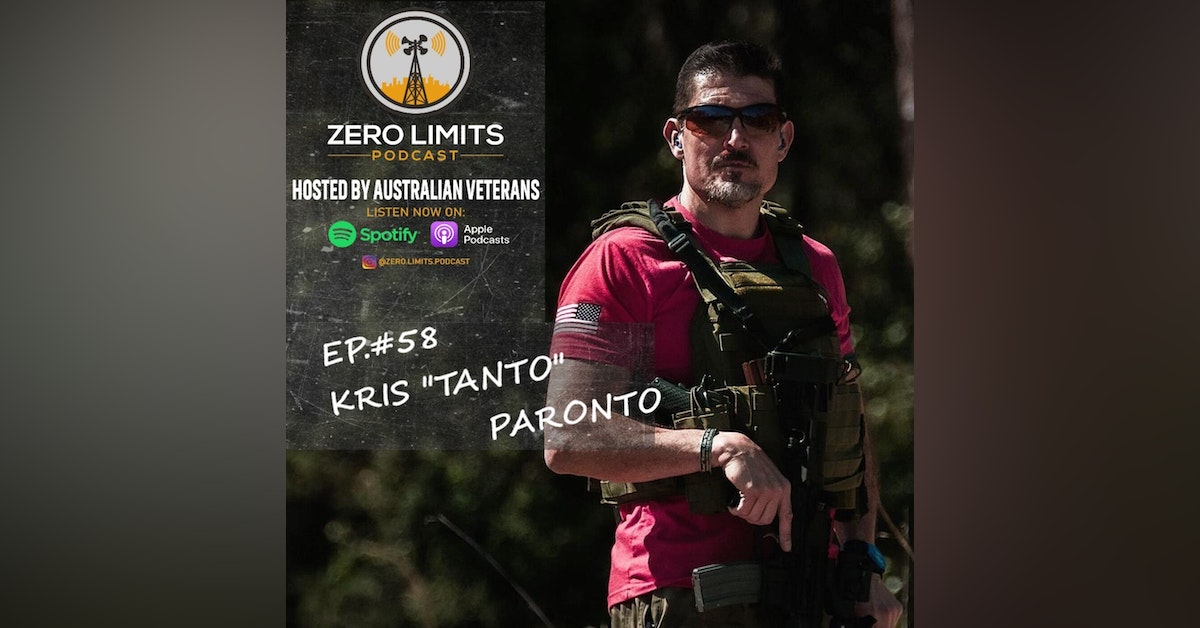 On today's Zero Limits Podcast we chat with Kris "Tanto" Paronto an American author, businessman, and former U.S. Army Ranger and CIA security contractor.  The Battle of Benghazi is that infamous night of September 11, 2012 when our men were left surrounded by hordes of armed members from the Islamic militant group Ansar al_Sharia. With nowhere to run and no promise of help from the outside, six American security contractors readily put their lives on the line to rescue and protect Americans stationed in Benghazi saving more than twenty lives. The security team fought for over 13 hours under heavy machine gun, rocket and mortar fire. Their acts of heroism and self-sacrifice that night were captured in the book and Hollywood movie, "13 Hours: The Secret Soldiers of Benghazi". Among the six security contractors was Kris Paronto, also known as Tanto. He and his teammates quickly gained fame as national heroes after the media filled our country with the details of the Battle of Benghazi, but they were American heroes long before then. Since leaving the military and Agency, Kris has become a serial entrepreneur with a clothing line, vodka brand, podcast, shooting and medical training courses. Let's Go!