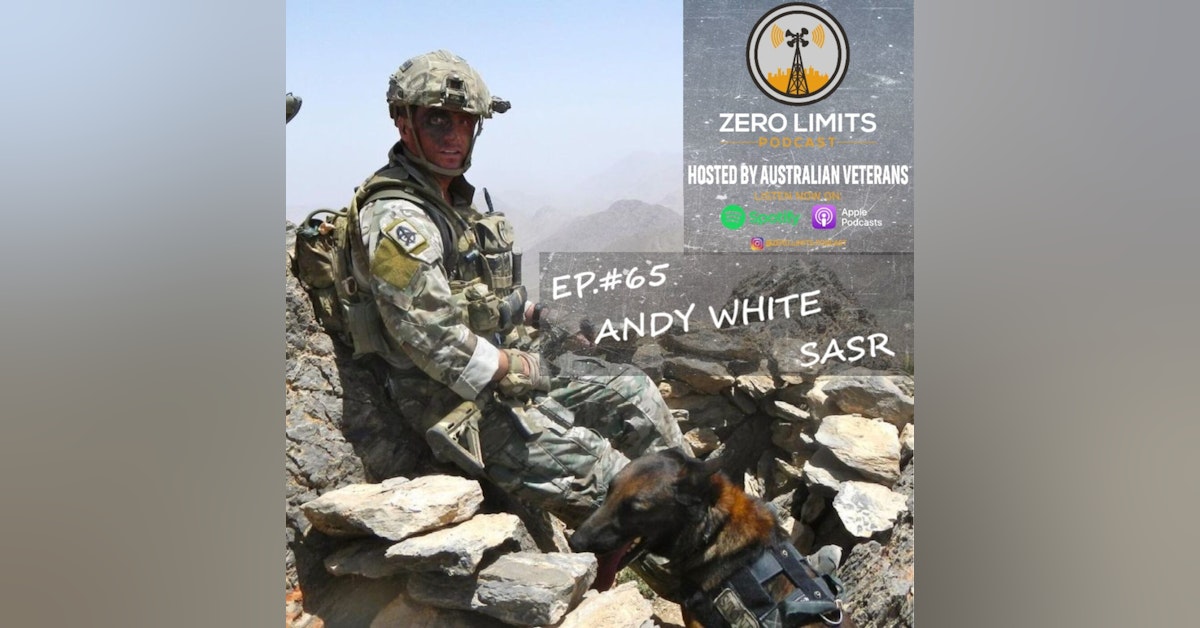 On the next Zero Limits Podcast we have chat with a 29year British Army and Australian SASR veteran Andy White.  Andy began his military within the British army serving as infantry soldier joining at the age of 16. During his time he did multiple deployments to Northern Ireland and was involved in the invasion of Iraq. His deployments to Iraq were as expected and seen some heavy fighting sustaining WIA's and KIA's whilst gaining valuable war fighting experience. In 2007 Andy made requested a lateral transfer to the Australian Army and after being accepted he was soon posted to the School of Infantry in Singleton NSW. After a short stint in location he soon wanted to try out for SASR selection. In 2008 he attempted SASR selection passing on his first attempt and continued on with the reinforcement cycle of training to become a qualified SASR Trooper. In 2009 he completed the rigorous SASR reinforcement cycle and was presented his sandy beret to become a fully qualified SASR Operator. In 2010 Andy deployed on his first rotation to Afghanistan which during this deployment a fellow SASR Trooper Jason Brown was killed in action with the patrol including Andy receiving mentions due to the fighting and actions taken to neutralize the enemy also the attempts to save Trooper Brown's life. Over the next few years Andy deployed to Afghanistan two more times and was involved in some of the heaviest fighting the Australian Army had seen since the Vietnam war. Listen in for the full story on Andy's career and life as a elite SASR soldier, Let's GO!