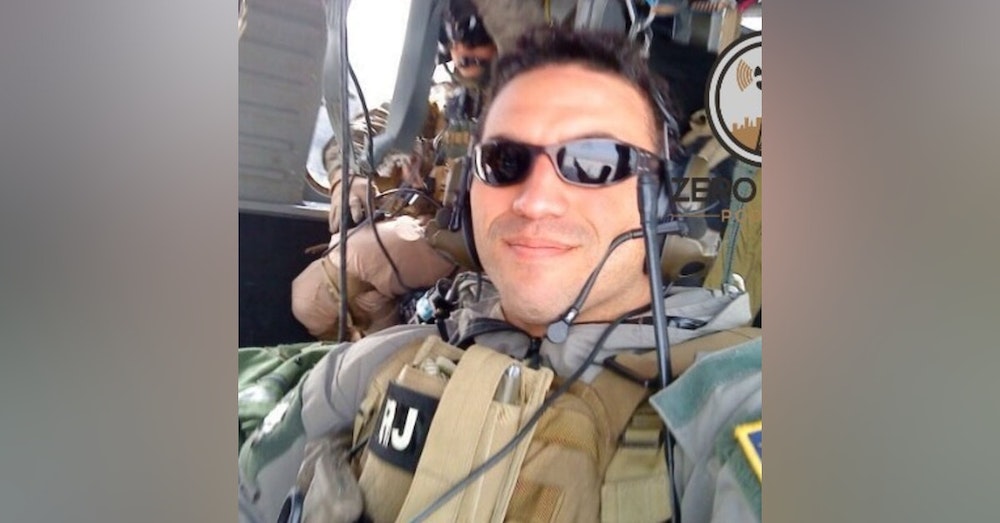 Mike Maroney was a Pararescueman in the United States Air Force from 1996 to 2017. He enlisted on September 11, 1996, after 2 years in the Pararescue/Combat Control Pipeline. He graduated in 1998, was assigned to his first duty station at Moody Air Force Base in Georgia and was stationed there from 1998 to 2002 with the 41st  RQS (Rescue Sqadron) which would later become the 38th RQS.  During his time at Moody Air Force Base he deployed to Operations Northern and Southern Watch in Turkey and Kuwait enforcing the Northern and Southern No Fly Zones. Following his year 2000 deployment to Turkey, he was redeployed while enroute home to a super typhoon in Mozambique.  When the War on Terror began he was in Pakistan during the invasion of Afghanistan. In 2002, Mike pcs’d (permanent change of station) to the 320th  STS (Special Tactics Squadron) at Kadena Air Force Base on Okinawa. While there he deployed to Mindanao in the Philippines in the War Against Terror where he was on the Quick Reaction Force attached to an Operational Detachment Alpha fighting Abu Sayyaf.  Mike also trained Thai Pararescuemen and Combat Controllers in Thailand. In 2004, he was stationed at Nellis Air Force Base in Las Vegas with the 66th RQS, where he deployed to Iraq and Afghanistan twice. In 2006, Mike took an assignment as a Civilian Instructor at the Pararescue CRO Indoctrination Course, joining the 308th RQS, relieving himself from active duty choosing to raise his two young sons as a single parent. Mike was deployed to Afghanistan as well as North and South America for numerous training assignments during this time. Due to pararescue related injuries, accumulated over multiple years, Mike retired in March 2017 as a Master Sergeant with the 308th RQS. Mike is currently working at the Defense Language Institute at Lackland Air Force Base in San Antonio, Texas.

Mike is credited with having saved 5,324 lives during his career. Although each of his rescues are equally important, he is most famously known for his rescue during Hurricane Katrina, of LaShay Brown, who he was reunited with on the daytime show, The Real, in 2015 after a long search for her.  In 2017, Mike was featured in People Magazine honoring his service and rescue. Mike naturally shy’s away from the press and media and chooses to use his talents and wisdom to train future military and civilian leaders in his free time.

Mike is a motivational speaker, to private and military sector professionals. He uses his experiences in theater as well as his life journeys to teach others the practice of learning, resiliency, follow through and how to maintain a positive, never quit attitude in the most dire of circumstances.

Mike has a passion for surfing, having grown up in Southern California, and travels the world riding waves whenever possible. He has a strict fitness routine of yoga, pilates and swimming. He desires to share his message with as many people as possible showing that a life a service, whether military or  otherwise will contribute to making our world a better place, while building character, a rising tide that raises all ships. Let's Go!!!!!