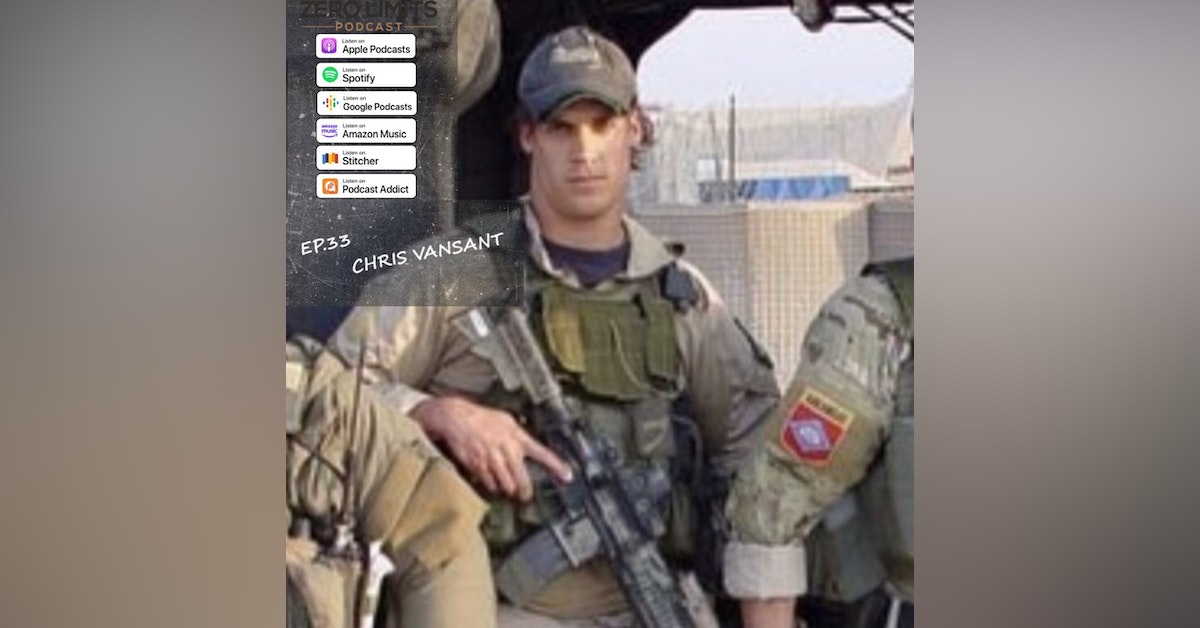 On this episode of Zero Limits Podcast we chat to former special forces operator and now COO of TYR Tactical Chris VanSant. Chris served 20 plus years as a Special Operations veteran, operating at the highest level in a special mission unit the Unit better known as Delta Force. Chris also served as a Infantryman, US Rangers and post SFOD 5 years as a Green Beret. Chris deployed on eleven combat deployments as both a team member and team leader in 1st SFOD-D, deploying to Afghanistan, Iraq, and the Horn of Africa. During his operations he took part in 500-plus combat operations. One of those operations was the capture of Saddam Hussein and the hunt for al-zarqawi. But, all that time in combat and the loss of close friends took its toll on VanSant, as it often does despite the person or the unit they serve in, leaving Chris to deal with the effects of Post Traumatic Stress, Traumatic Brain Injury, and the dependence on prescription pharmaceuticals that is so often associated with attempts to heal from injury. Listen in for more, Let's Go!