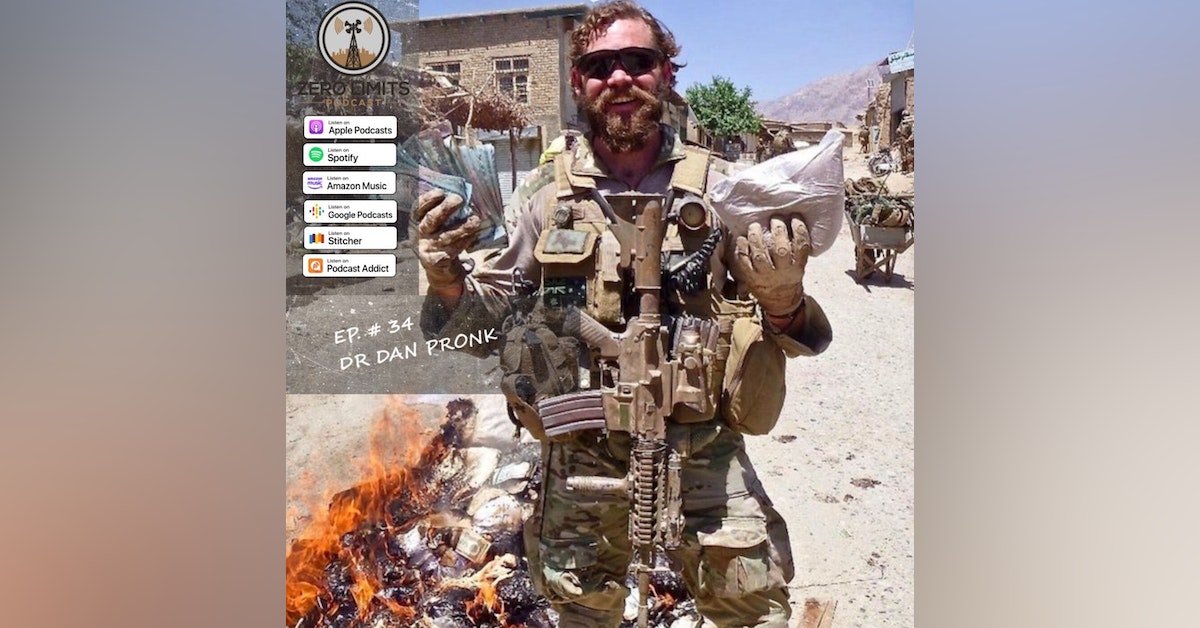 On todays Zero Limits Podcast we chat to the most bad ass Doctor in the world! Dr. Dan Pronk a former Australian SAS doctor who completed four tours to Afghanistan.   Dan served with the regular army in East Timor before undertaking four tours of Afghanistan with Special Operations Units - the 2nd Commando Regiment and the Special Air Service Regiment. Dan was awarded the Commendation for Distinguished Service for his conduct in action on his second tour of Afghanistan.

He is also the resident medic 'Dr Dan' on Channel Seven's SAS Australia. He is married to a very tolerant wife and has three sons. In his spare time he can often be found driving his vintage Lamborghini in the Adelaide Hills. Let's Go!