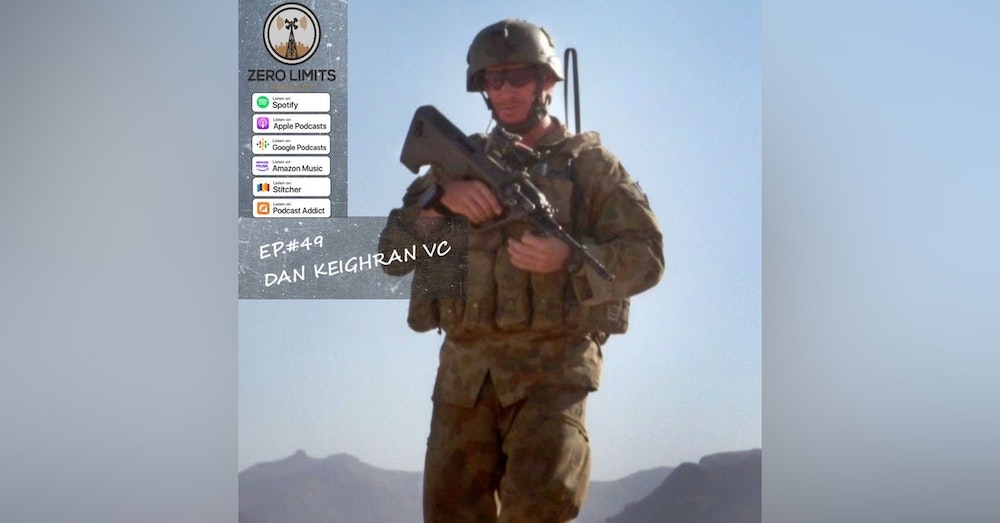 On today's Zero Limit Podcast we chat to Dan Keighran VC former Australian Army Infantry Soldier and 99th Australian recipient of the Victoria Cross for actions on the battlefield in Afghanistan.

Dan Keighran VC was born in 1983 in Nambour, on Queensland's Sunshine Coast. At age eleven, he moved with his family to Lowmead, living on a forty-acre property.. Dan joined the Australian Army in 2000. Upon graduating from the School of Infantry he was posted to Delta Company, 6th Battalion, Royal Australian Regiment (6RAR)  He deployed to Malaysia, East Timor, Iraq and twice to Afghanistan. 6RAR more specifically Delta Company is a company that is engraved in Australia’s military history for its involvement in Vietnam for the infamous Battle of Long Tan and more recently in Afghanistan with its contribution to the Battle of Derapet, a fierce and deadly firefight that would see Dan earn the Victoria Cross for Australia - The first and only Victoria Cross awarded to a soldier from the Royal Australian Regiment in its proud 67 year history. He received the Victoria Cross for his actions in the battle of Derapet on 24 August 2010. He was presented the VC in November 2012 by the Governor-General of Australia, Dame Quentin Bryce. Dan discharged from the regular army in 2011. He became a Council Member of the Australian War Memorial in 2016. Dan now lives in Brisbane and works in Defence Industries. Let's Go!