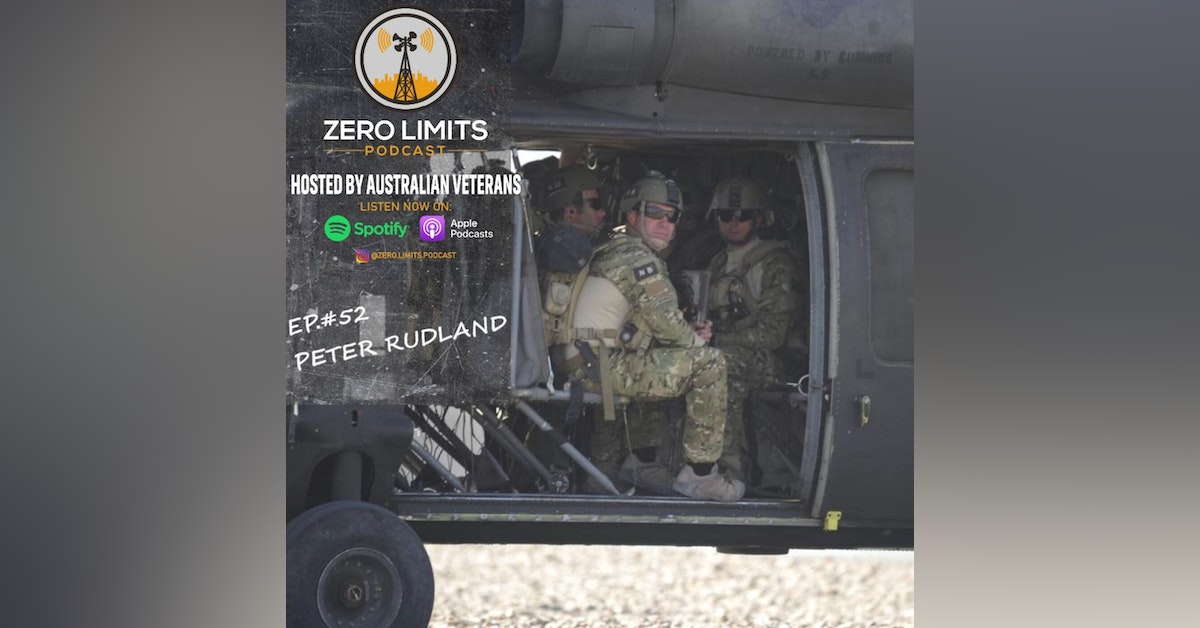 On todays Zero Limits Podcast we chat to Pete Rudland a special operations veteran who had moved across from the SASR to the commandos. Pete joined the Australian Defence Force 1989. He spent 28 years in the Royal Australian Infantry and served in 3RAR, 4RAR, The Parachute Training School, SASR and 2CDO Regiment.  Peter Rudland was seriously injured in a Black Hawk helicopter crash that claimed the lives of three Australian commandos and a US soldier were killed when the Black Hawk crashed at Sgt Rudland was thrown 35m from the helicopter. The next thing he remembers is waking in a German hospital with broken bones, organ damage and bleeding on the brain. He went on to compete in three Invictus Games - co-captaining the 2017 team and winning two gold medals.