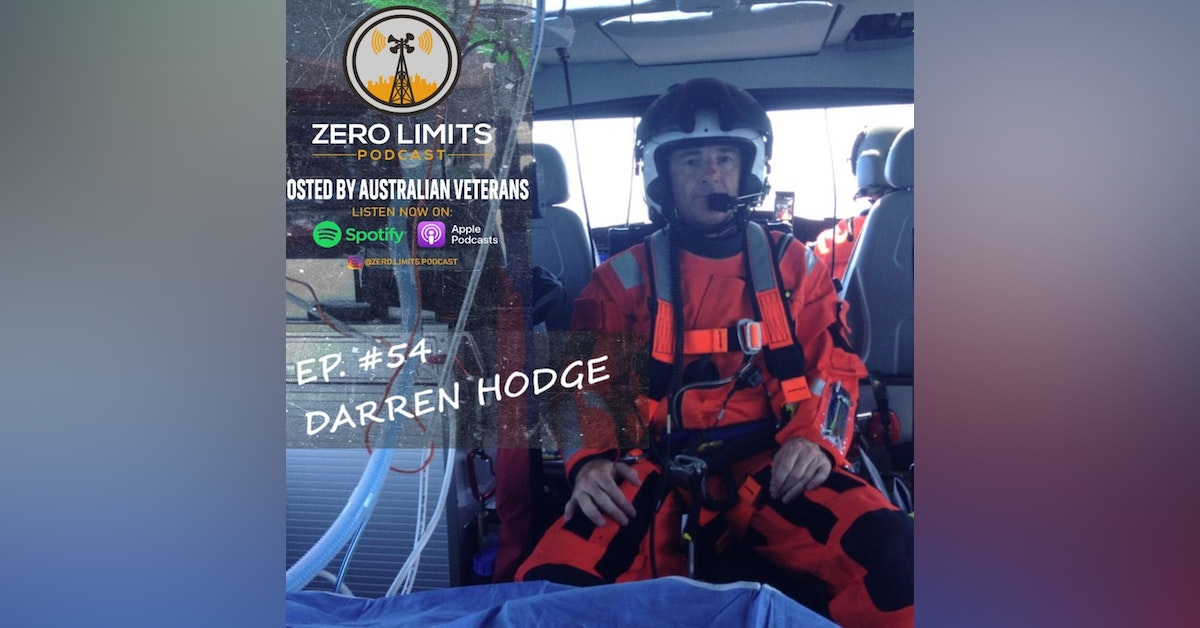 On this Zero Limits Podcast episode we chat to Darren Hodges current serving 36 year Victorian Flight MICA Paramedic veteran. From the youngest age Darren dreamed of becoming a Paramedic. He fulfilled that dream and started his career on his 21st birthday, an immature blonde tipped mullet wearing young man.

His career in ambulance had been rich with opportunities, working in many different operational roles that include Advanced Life Support Paramedic and MICA Paramedic. In 2004 he reached his ultimate goal after becoming a MICA Flight Paramedic working on one of Victoria’s ambulance helicopters.

The role on the helicopter has seen him performing rescues in Bass Straight, attending the most serious accidents in the state and deployed to the Black Saturday bushfires. In 2005 he found himself in the middle of the 2005 Bali bombing whilst trying to get married, an incident he describes as the most horrific experience of his life.

A love of teaching the next generation of paramedics has seen him enjoy teaching roles with several universities. Darren has been a senior lecturer and unit coordinator with Monash University since 1997.

In 2019 Darren released his professional memoir, ‘A Life on the Line’, the goal in writing the book was provide some insight to the world of a Flight Paramedic. Let's Go!