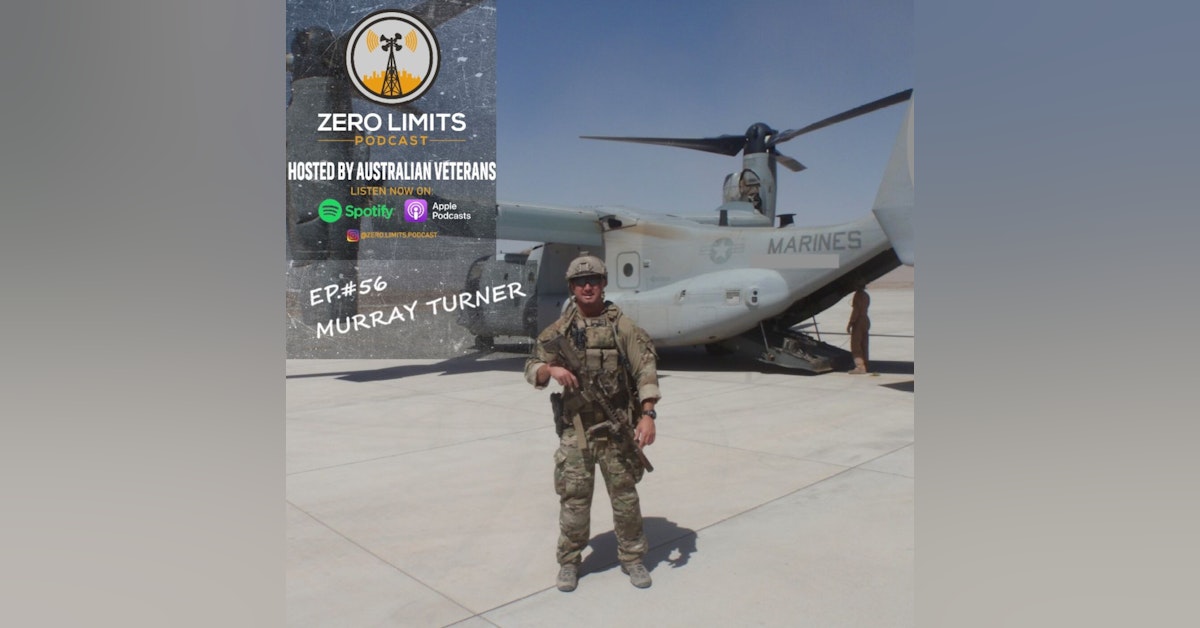 On this Zero Limits Podcast episode we chat  Australian Special Forces Veteran Murray Turner. Murray after being inspired by the movie Lethal Weapon had a application submitted on behalf of a friend to become a NSW Police Officer. After a short two year career as a Police Officer, Murray was looking to further his career in which he decided to join the Royal Australian Army. Upon being accepted into the military post training he was posted to the 2nd Battalion Royal Australian Regiment. He then completed selection for then 4RAR which now is the 2nd Commando Regiment. He spent a total of 16 years as Commando deploying to East Timor and multiple highly kinetic Afghanistan operations as part of Special Operations Task Group (SOTG). Part of Special Operations Command (SOCOMD) the 2nd Commando Regiment is one of three combat-capable units within SOCOMD and operates in conjunction with other SOCOMD units, services and interagency organisations in joint and combined operations. The role of the regiment is to conduct large scale offensive, support and recovery operations beyond the scope and capability of other Australian Defence Force (ADF) units. LET'S GO!