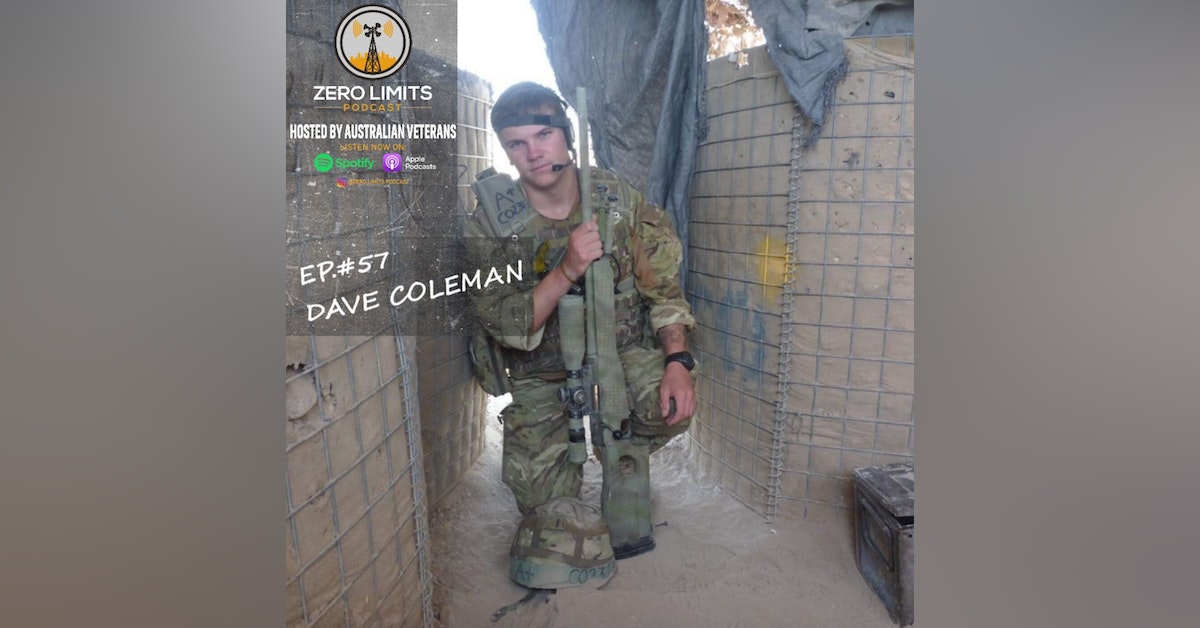 On today's Zero Limit Podcast we chat to Dave Coleman former Royal Marin Commando of almost 8 years. Had a stutter/stammer his entire life, did a lot of speech therapy which didn’t work, could barely say his name  at one point or say ‘yes miss’ in the register at school without it taking about 6 years. Dave was subsequently given the nickname ‘Mumbles’ in the Marines which he is still known by to this day. The confidence he gained in the Marines has helped him get over it more or less. Dave joined the Marines aged 16 and passed basic training as an original member of the troop. 60+ people started on day 1 week 1 and around 12 of them finished. The Marines do the longest/hardest military training in the world lasting 32 weeks and finishing with the 4 Commando tests in 4 days, the last one being a 30 miler in full kit within 8 hours. Dave deployed to Nad-E-Ali in the Afghanistan Green Zone on Op Herrick 14 with 45 Commando. After being there only a week and on his first company op, a grenade landed a couple of feet away from him and was fragged in the blast.  The medic said the only reason he  wasn’t dead was because it rolled off the hard track and into soft mud at the last second. Dave had 4 surgeries at Camp Bastion to remove grenade fragmentation and suffered 28 stitches to his throat, arms, legs, and ass. One month later he returned to the front line a to re-join the boys. Let's GO!