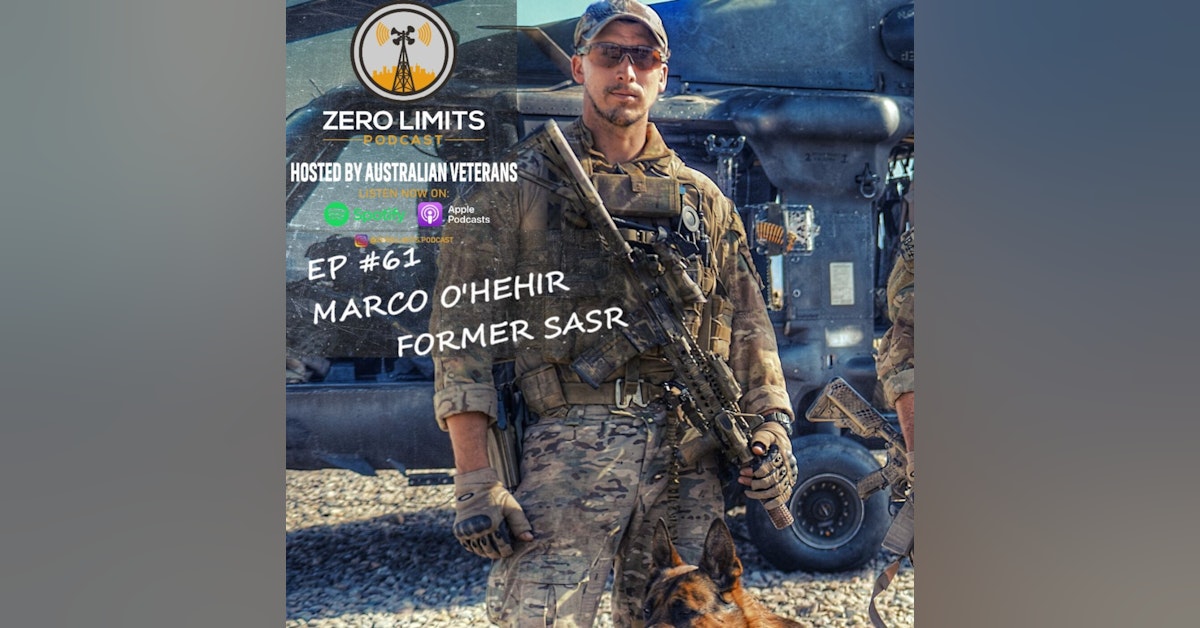 Welcome back to season 3 of the Zero Limits Podcast and on this episode we chat to SASR Afghanistan veteran Marco "Rabbit" O'Hehir. Born in 1983 and raised in the Southeast Suburbs of Melbourne, Victoria and  after witnessing the terror unfolding live on tv in the United States on September 11 2001. He had the interests to join the Australian Defence Force to join the war on terror. In 2001 he enlisted into the army posting to the 1st Battalion Royal Australian Regiment as an infantry soldier.  Shortly after his enlistment he deployed to East Timor on his first operational deployment. In 2005 he was involved in a suspended extraction helicopter incident which he was significantly injured and hospitalised with an extended recovery. Rabbit attempted SASR selection 2007 and failed then returning to his battalion he was deployed to Iraq. Post Iraq he again began a better prep for SASR in which this time he completed SASR selection and eventually received the sandy beret. He completed multiple operational deployments to Afghanistan as a shooter and K9 handler. Post mil career he received a lateral transfer to the Victorian Police Special Operations Group to assist with their K9 unit. Since leaving the Police he now runs Blackrole K9 a training and consultancy company. He recently starred on the hit reality tv show Hunted Australia.