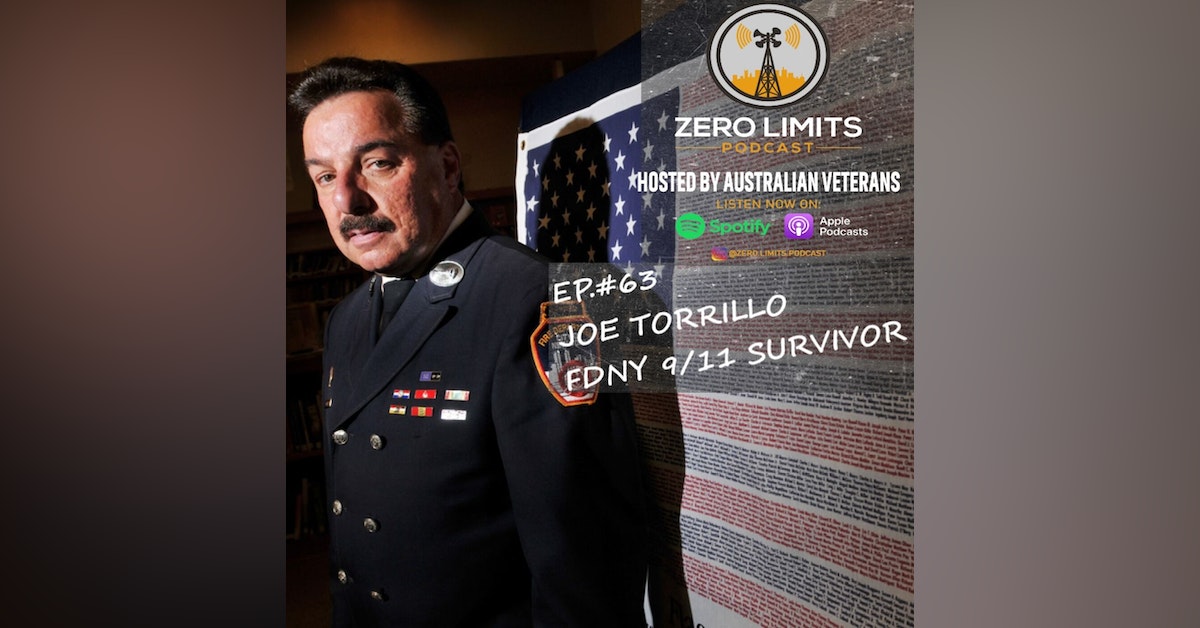 On today's Zero Limits Podcast we chat to Joe Torrillo a 25 year Lieutenant with the NYC Fire Department. A survivor of the 9/11 attack on the twin towers of the World Trade Centre, Joe survived a series of coordinated terrorist attacks on one of New York’s most prominent landmarks, which resulted in almost 3000 fatalities and over 25,000 people injured.

He set up a press conference to introduce his new “Billy Blazes” action figure for Fisher-Price Toys, as part of their Rescue Heroes collection. Ironically, the introduction was scheduled for September 11, 2001, in Manhattan.

Joe Torrillo recounts his first-hand experience as a firefighter on September 11, 2001. Joe was directly below the North Tower looking up as the second commercial airliner slammed into it.  What transpired in the next few seconds, minutes, hours, and days are nothing shy of unbelievable. He was propelled in the air by the concussion of the falling debris of the North Tower and was literally buried alive under the falling debris, with his skull open, arm snapped and suffocating in darkness. He was rescued and placed in a boat to cross over the Hudson River for medical treatment. That effort was disrupted by falling building debris that covered the boat, where he was buried alive again.

Joe continues to speak about the devastating occurrences of 9/11/2001 to ensure that the sacrifices made by the heroic servicemen and women are not forgotten. In his speeches, Joe is known to speak about resurrecting patriotism, never giving up on dreams, embracing change and celebrating members of the Armed Services. Let's GO!