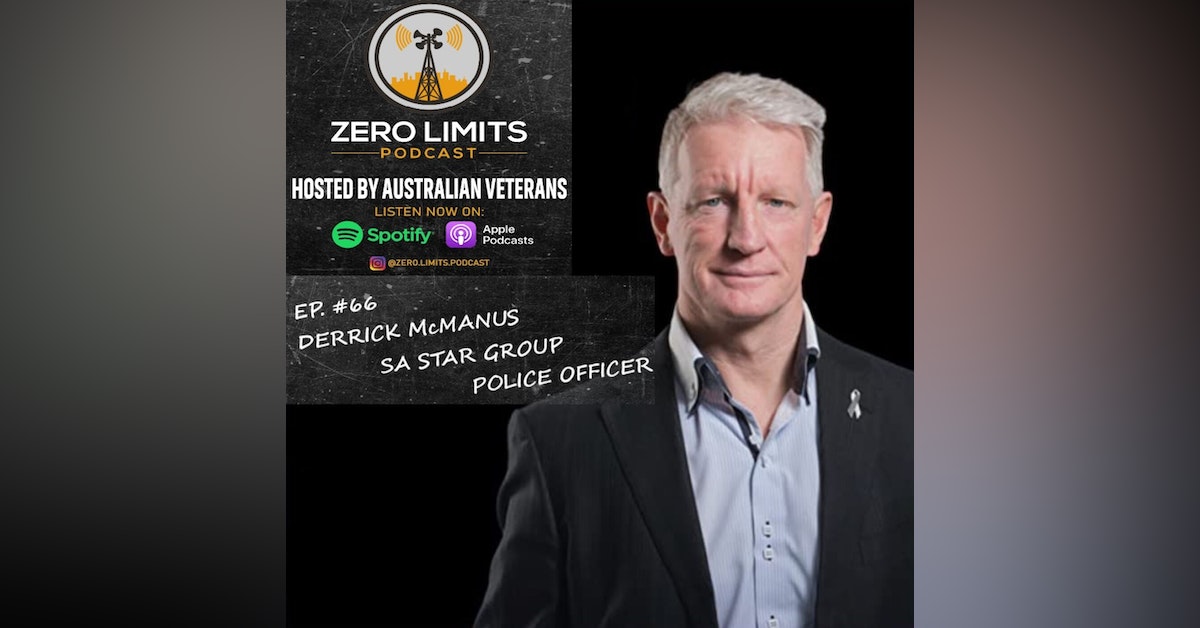 For 11-years Derrick was a Police counter-terrorist operative (trained by military SAS), sniper and special ops diver with the elite Special Tasks And Rescue (STAR) Group. They were trained for the safe resolution of high-risk incidents.

In an operation to arrest a high-risk offender, Derrick was shot 14 times with a Chinese military assault rifle. He was isolated from his team and bleeding from severed arteries in both forearms, massive torso injuries, two bullets in the left thigh, a bullet through the right Achilles tendon and more for three hours.  After two-and-a-half years after the shooting, despite still carrying huge physical disablements, he returned to full duties with STAR Group. Let's GO!