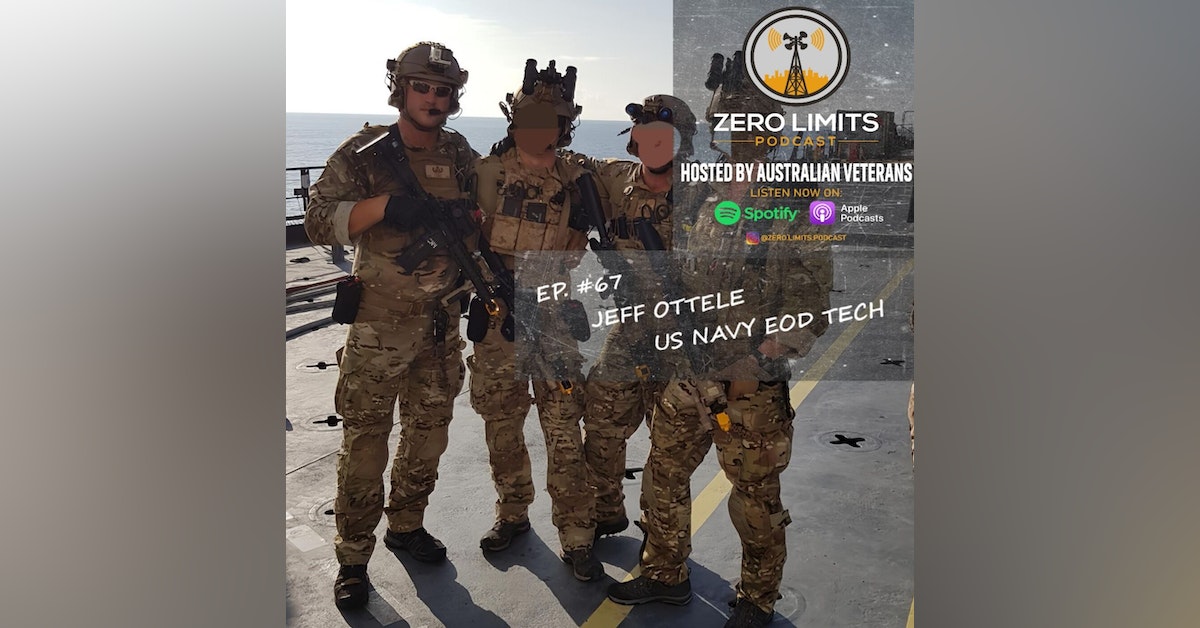 On today's Zero Limits Podcast we chat to Jeff Ottele a current serving Master Explosive Ordnance Disposal (EOD) Technician Petty Officer 1st Class US Navy. Born in 1987 in Westlake, Ohio moving to Washington State growing up before being offered to play American Football at the University of Idaho as a defensive end in 2006. Spent 2 years playing football and studying Exercise Science before football career ended and he began working in the universities weight room as a Student Intern Strength and Conditioning Coach until 2009.

Jeff moved back to WA in 2009 and took up work at a local mechanic shop before a workplace shooting helped him to decide to move to Alaska and work in the Alyeska Oil Fields. Jeff began his military entrance process in Anchorage, Alaska in early 2013 and enlisting in the military and arrived at Basic Training on the 6th August 2013 as an EOD Recruit. Let's GO!