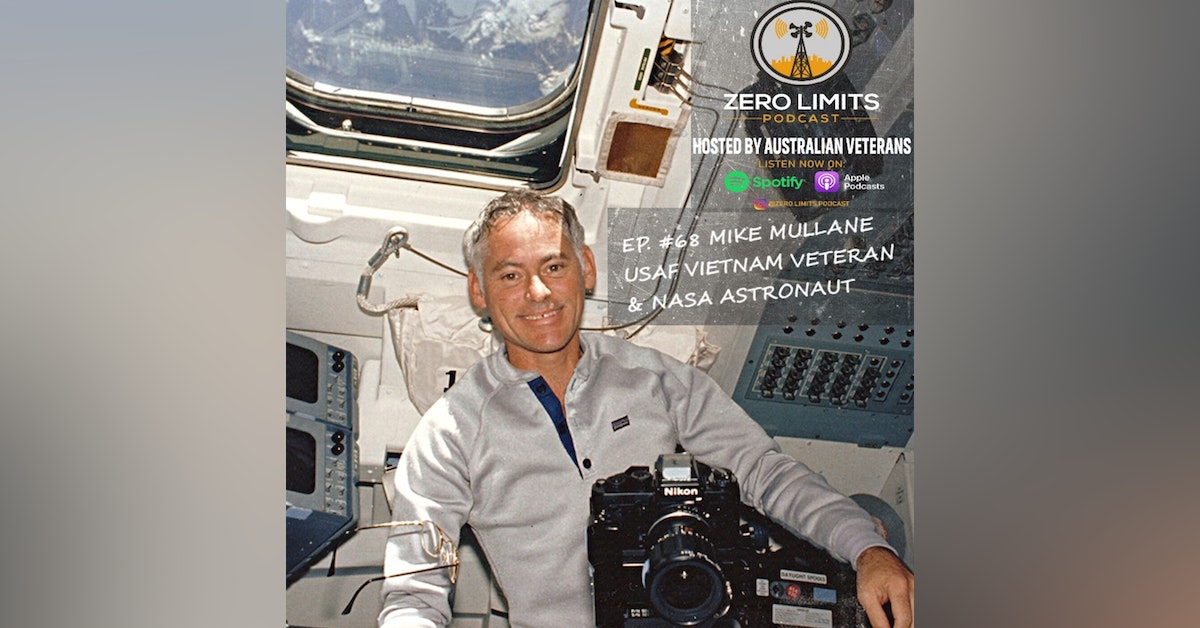 On today's Zero Limits Podcast we chat with Mike Mullane Vietnam Veteran and NASA Astronaut completing a total of 356 hours in space.

Colonel Mullane was born September 10, 1945 in Wichita Falls, Texas but spent much of his youth in Albuquerque, New Mexico, where he currently resides.  He was a child of the space race and in the late 1950’s embarked on his own rocket experiments in the deserts near his home. Upon his graduation from West Point in 1967, he was commissioned in the United States Air Force. As a Weapon Systems Operator aboard RF-4C Phantom aircraft, he completed 134 combat missions while stationed at Tan Son Nhut Air Base, Vietnam.

Mullane was selected as a Mission Specialist in 1978 in the first group of Space Shuttle Astronauts. He completed three space missions aboard the Shuttles Discovery (STS-41D) and Atlantis (STS-27 & 36) completing a total of 356 hours in space before retiring from NASA and the Air Force in 1990.

Mullane has been inducted into the International Space Hall of Fame and is the recipient of many awards, including the Air Force Distinguished Flying Cross, Legion of Merit and the NASA Space Flight Medal.