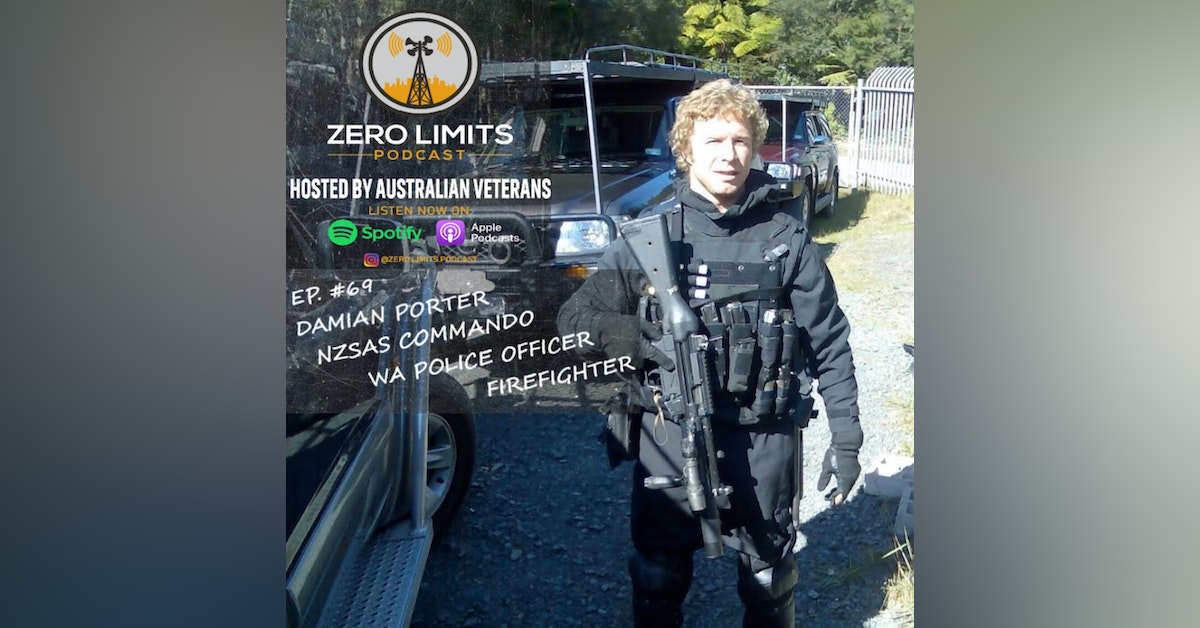 On the today's Zero Limits Podcast we chat with Damian Porter former NZSAS Commando, WA Police Officer and current WA Firefighter / Health and Wellness Coach. He was one of the first Personal Trainers in the world and has been professionally involved in the health and wellness space for over 28 years.  During his younger years Damian was heavily involved in bodybuilding and the fitness industry however he soon applied to join the New Zealand Defence Force. Within a couple of years he attempted the selection for NZSAS Commando now known as D Squadron which is a counter terrorism role squadron part of the NZSAS. After years of service Damian moved to WA and became a Police Officer. Not stopping there after a few years within the Police Force Damian decided to change up his career yet again and became a Firefighter which is his current day role. He also continues to influence others and provide health and wellness consultancy.