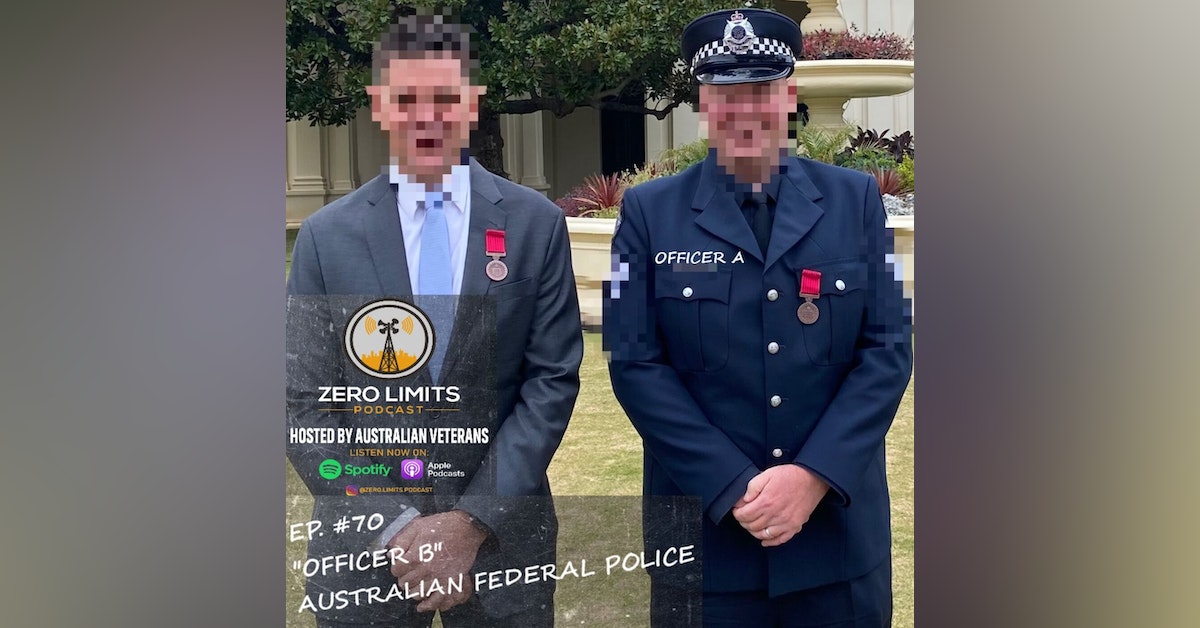 On today's podcast we chat to a current serving Australian Federal Police Agent "Officer B. Before joining the Federal Police, Officer B spent some time in the Royal Australian Airforce both as a photography and as a reservist airbase security. During this time he joined the Victorian Police Force in 1996 and then in 2013 laterally transferred to the Feds.

On 23 September 2014, 18-year-old Abdul Numan Haider attacked police officers one being a plain clothes Victorian Police Officer Officer A and Officer B Counter Terrorism Unit Agent with a knife outside the Victoria Police Endeavour Hills police station located in Endeavour Hills, a suburb of Melbourne, Victoria, Australia. Both officers sustained multiple stab wounds which subsequently led to Officer A discharging his sidearm once neutralizing the threat.

Officer B's identity has been suppressed for operational security reasons.