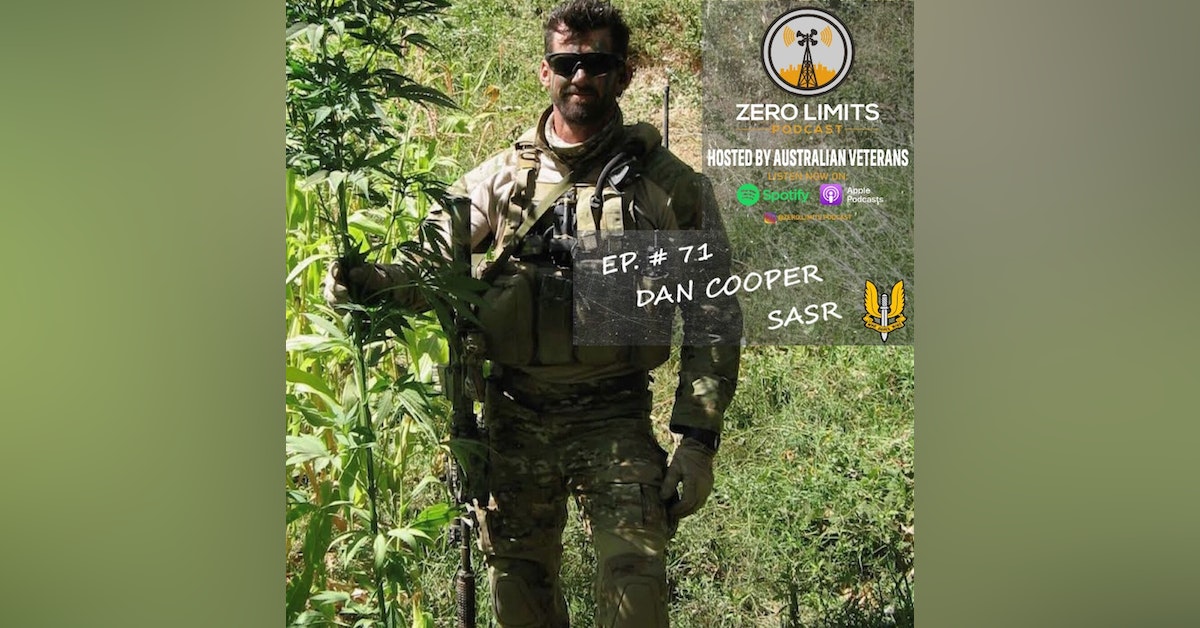 Today's podcast we chat with former SASR operator Dan Cooper. After underperforming at school,  Dan joined the Army and 3 RAR deploying to Timor in 1999. A short time later Dan attempted SASR selection in 2001 and successfully completed the selection course.

After Reo and 9-11, Dan (qualifying as a water operator) deployed straight away on the 2nd rotation to Afghan in 2002. Dan served in all 3 Sabre SQNs and OSS during his career. Between 2002-2016, Dan conducted a dozen ops to Afghan and elsewhere, was involved in taking down the pong su, and says “I rocked and rolled a few gunfights! In 2008 Dan started what would grow into the SASR Human Performance program and the foundation program for SOCOMD and Army to develop their Human Performance and gained an undergrad degree in Sports Science a double masters in Strength and Conditioning and conducted research into cognitive and physiological performance.

After qualifying for a research scholarship Dan is now in the final 6 months of a PhD on the Human Factors to improve transfer of training and performance in high threat combat environments.

Between 2010 and 2022 Dan completed a range of activities including a 250km multi day ultra in the Aussie desert , several 100km ultra’s, coveted at the Cross-fit regionals and masters games, the Yukon Arctic Ultra 750km foot race, a 24hr obstacle course race, the Iditarod trail invitational 550km and 1600km foot race and currently looking into an attempt at a solo South Polo expedition.