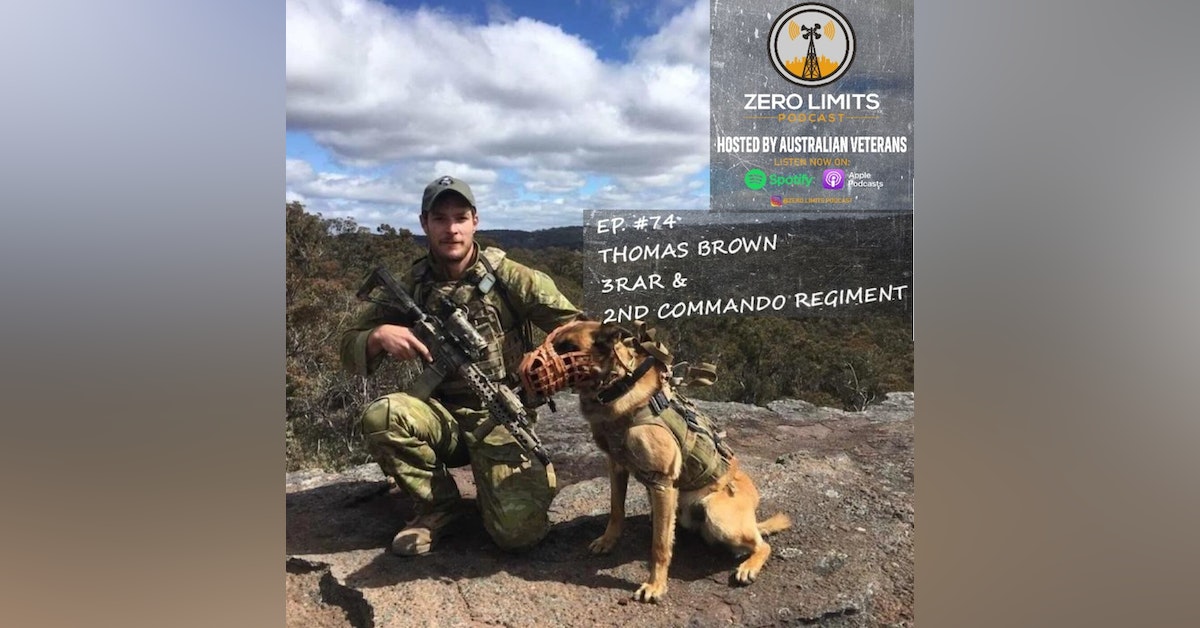 On today's Zero Limits Podcast we chat with owner of Origin K9 former 3RAR and 2nd Commando Regiment operator Thomas Brown. Growing up in Sydney Tom set his sights on joining the army which he decided he'd join the reserve forces. After two years he realised that he wanted more and want to transition to the fulltime army as an infantry soldier. After the career transition he was posted to the 3rd Battalion Royal Australian Regiment and deployed to Afghanistan as an infantry battalion in 2012. Upon return to Australia and unsettled on his career Tom decided to transfer back to the reserves and do some traveling. After seeing special forces soldiers working in Afghanistan the seed was planted where he decided to attempt 2CDO selection which he passed and soon completed his reinforcement cycle to be badged as a 2 Commando special forces operator. During his posting he spent time in the Tactical Assault Group East ( TAG E) and then was deployed to Iraq on operation okra in 2016. After returning from Iraq and having a relationship breakdown contributed to a mental breakdown which Tom attempted and acted on self harm. With seconds to live he decided not to go through with the self harm attempt however the Police were called and he was admitted into hospital under watch. Moving forward he is now the owner of Origin K9 a company providing K9 solutions to a wide market and he is also the host of the Origin K9 podcast which can be found on many platforms talking specifically about the K9 industry. Let's GO!

Listen to all episodes and support the show link in bio

Please don't forget to leave a review and rate the podcast