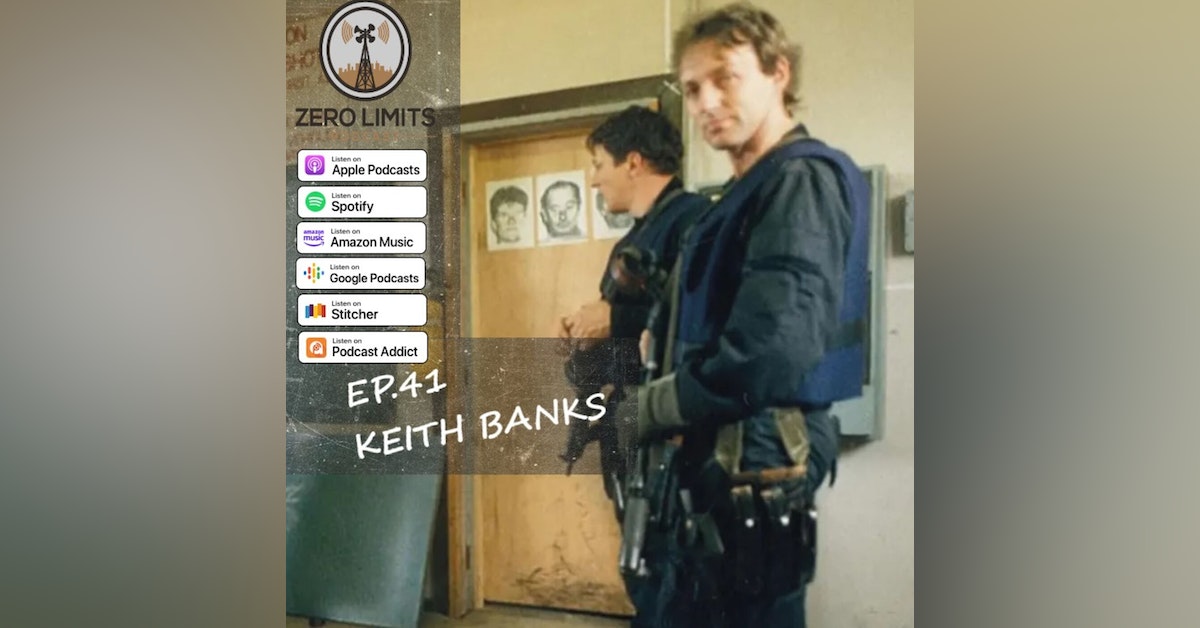 On today's Zero Limits podcast we chat to former Queensland Police Officer Keith Banks. Keith joined as an idealistic seventeen year old and emerged with a career of twenty years in deep undercover work, criminal investigation, special weapons, counter-terrorism and criminal intelligence. Keith Banks is one of Queensland's most decorated police officers, a recipient of the Bravery Medal and twice being awarded the prestigious Queensland Police Valour Medal, among other honours. He was a member of the Queensland Police Force for two decades (1975-95), going undercover during the premiership of Joh Bjelke-Petersen and Terry Lewis' time as police commissioner: the most notoriously corrupt period in Queensland’s history. He is now married with two children and remains a martial arts enthusiast.

He is passionate about supporting first responders dealing with PTSD, which stems from his personal experience with the condition. With his books, he strives to encourage a more open and authentic conversation around mental health and the reality of police work. Let's Go!